In February, Hudson Aquatic Systems installed an AquaPaws underwater treadmill system at the Military Base No. 7-A, Military Police Group 4, K9 Medical Complex in Escobedo, Nuevo Leon, about 20 minutes from Monterrery, Mexico. The new system will serve as an important tool for canines in rehabilitation and recovery from service with the Military police.

The Military Police is an area of the Mexican ARMY, created to offer security to the people in four nearby states. The K9 service unit’s primary duties are to detect drugs, weapons and explosives, making their job extremely important to the soldiers they serve with and the people they protect.

There are more than 4,000 soldiers and more than 200 canines working on Mexico’s largest base, participating in very intense programs to combat the drug cartel. The majority of the dog breeds are German Shepard and Belga Malinios Shepard.

“We’re excited to have installed the first underwater treadmill for the Mexican ARMY,” said George Hunter, president. “It’s very rewarding knowing that this very important group of canines will be getting the best aquatic therapy attention.”

Because this is the first aquatic therapy system for the Mexican ARMY, it is being used as part of a national program to gain attention to treat injured canines and grow the K9 population to serve every state of the Mexican Republic.

Many of Hudson’s products can be found in military facilities assisting with rehabilitation of both human and animal soldiers around the world. The US Military has several Hudson systems in bases and VA hospitals. Soon we will be installing a pool in the new military hospital in Dubai. 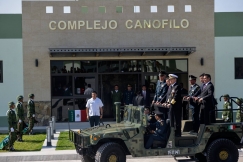 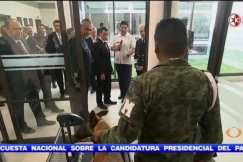 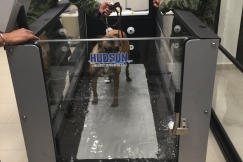 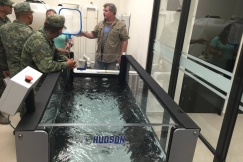 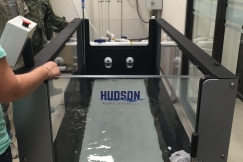 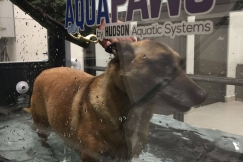